Testimonies from communities about how they are being impacted by the COVID 19. Second part. 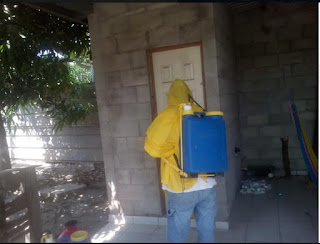 
The movement of people has decreased, since quarantine was decreed in the country. The city council member of the area moved through the communities sticking posters on the measures to take when facing Covid-19.

The presence of gangs has decreased, as has public transportation. Most families take prevention measures into account, although some young people are gathering to play soccer in front of the library in Romero.


It is difficult for all students to submit homework on time because not everyone has access to the internet, smartphones, or computers where they can receive their classes, or the learning of a subject reaches a level [where they don’t understand].

With everyone in the same space in the home, without adequate conditions to receive classes does not favor learning. Adolescents and children share the feeling of being worried about the loss of school days and important activities in academic life such as the PAES [national exams].

In the Romero community, the initiative was taken to download the tasks of the Facebook group of the educational center where the children attend. They were placed at the gate of the communal house so that from kindergarten to high school they had access to them. But it is not the way to motivate learning. There too many assignments when you cannot even go out to a cybercafe! In addition to the fact that fathers and mothers do not all have the patience or the knowledge to support their children in school tasks that the teachers have not explained.


It is a very difficult situation for everyone, but mostly for families who live day to day, such as informal vendors and those who work in various trades (washing, ironing, cleaning), and now with these restrictions they have been harmed.

In the community and surrounding areas, people always pass by selling bread, tortillas, vegetables, atol, among others. But going out to sell does not provide assurance that they will earn enough income. It's maddening! Not everyone can go out to work, they are very few.

Some families who are known to receive remittances subsist on them. They are extremely concerned that they no longer have it. Local fruits (cashews, mangoes, jocotes, bananas, pitos) are serving as a support, partially making up for what cannot be bought in the market (where there is not much access, there are shortages and high prices).


For years employment, studies, technology and other factors have generated conditions where family coexistence has decreased. Consequently, this quarantine is a challenge and a space of stress for many.

It is observed and experienced that interpersonal relationships with the family are difficult to manage when there is no control over it. Adolescents and children are frustrated by not being able to go out or resume the routine they had.

Some parents state that the lack of entertainment resources (television, cable) is a limitation to keeping children from entering into an extreme level of boredom. Or, on the other side, the children are overloaded with energy and with a lack of knowledge of recreational activities to do as a family. Children act very active where the emotional control of the parents is threatened ("how imperfect he has become" many parents say, although it is not that). It is just the accumulation of energy in children and they need to let it flow through games and physical activities.

For those who have access to this entertainment, they neglect to live together as a family.

There is a greater presence of arguments between siblings, children and parents, as a result of poor communication in families, and the spaces in the home that are shared. Increased sensitivity to noise, homework and academic arrangements create conflict.

As for the news, people worry and are affected emotionally knowing everything that the media broadcasts. 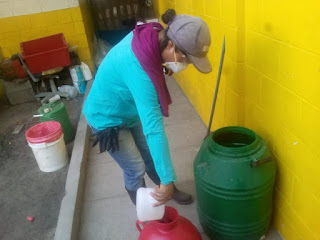 As a scholarship program, we were affected by the pandemic since as of this date we have not held the March meeting because we are not allowed to meet in Suchitoto or in the communities. I want to comment that the program is made up of young people from different communities of the Municipality of Suchitoto. The scholarship holders, in order to receive economic support, must travel to Suchitoto. The pandemic and the measures affected all of us since public transport passes irregularly with a margin of one hour on weekdays, and on weekends they do not pass due to the household quarantine. The local government has imposed a measure allowing people to go out only twice a week and carry a document justifying the trip. In addition, in the communities, the PNC [National Civil Police] are monitoring that no one moves from one community to another.

The measures imposed by the central government affected mobility in Suchitoto and the communities. In the institutions no one is working; the offices are closed until further notice. The committee evaluated and suspended the meeting twice in agreement with the CIS Promoter. The scholarship holders have not been going to schools and universities since March 11 of this year, which is when the alert and sanitary measures began. As a committee, everything was complicated for us since as of this date we have not been able to obtain all the profiles because in some communities there is no internet signal and the scholarship holders cannot travel to another community. Social projects are paralyzed. Mothers of families are afraid of the disease. 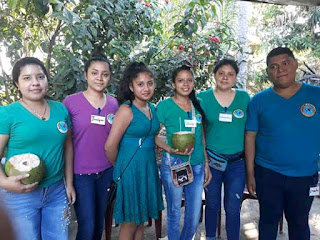