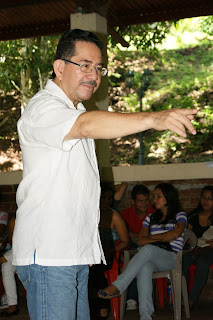 Eugenio Chicas, President of the Supreme Electoral Tribunal in El Salvador recently visited CIS to give us an update on the TSE’s work for next year’s Presidential election. In 2006 El Salvador began the process of moving to a system of residential voting – making polling places much more accessible to all Salvadorans.  And now Chicas and his staff are moving rapidly to complete a system of residential voting everywhere in the country – vastly expanding the polling sites.  This process would be difficult to complete anywhere – finding local sites, notifying every voter of their new polling place, allowing for people to ask for changes, training up sufficient numbers of election workers to staff so many sites and making sure that everyone has proper documents for voting here.  But in El Salvador there are additional challenges. Chicas told us about the struggle to locate voting sites in areas controlled by gangs and the difficulty in securing those sites using the national police or even the army, and making sure that people who live in one gang territory don’t have to vote in another gang territory.

Despite the challenges of rapidly completing all this work, Chicas said that the challenges posed by the competing political parties and their candidates may be greater.  This year there are already five declared Presidential candidates and he anticipates another announcement soon.  Each of those parties and candidates has the right to have observers in every polling place – and each of them is very interested in the work of the Tribunal – both the system here in El Salvador and new systems being created to accommodate voting by Salvadorans in the diaspora around the world.  In 2014 Salvadoran citizens living outside the county will be able to vote by mail for the first time if they have registered to vote and have a valid DUI.  Chicas also made the note that there is a very low number of people registered because ARENA blocked the emission of the DUI outside the country for two years.  They did not start emitting DUI’s until December of 2012 and people were not able to register to vote until the end of May*.  They have also had problems because the TSE does not have an adequate budget to do publicity. By law, the candidates are not allowed to campaign until 90 days before the election but the parties are already running advertisements, putting up billboards, hosting events, and making public statements.  It promises to be an interesting and wild six months leading up to the February 2nd election and the very likely March 9th run-off.
At CIS, we need you.  We need long term volunteers to help organize the mission starting November 2nd or January 2nd.  We also need international observers be a part of the one week long mission January 27th- February 4th and very likely run off mission March 3rd-March 11th.  As an international observer or volunteer you will help to insure that the elections here are fair, without fraud, and democratic.  So, check out the attached information and submit your application.

More information on Election Observation check out our website or email us: electionmission@cis-elsalvador.org.

Information on observing and how to apply (No Spanish required, 9 day mission)

*For more information on how to register to vote go to the TSE's website
Posted by CIS at 10:52 AM No comments: 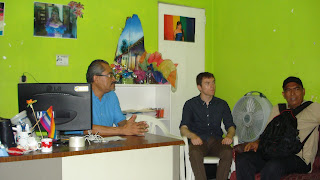 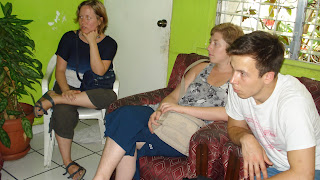 The Spanish school accompanied the struggles of the LGBT community.  First they visited the organization “Entre Amigos” (Among friends).  Joaquín Cáceres explained to the students the history of the association and the current issues the community in El Salvador faces, mainly hate crimes and persecution the local activists. 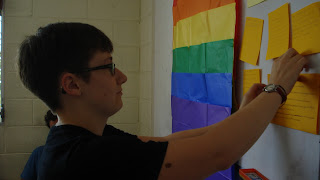 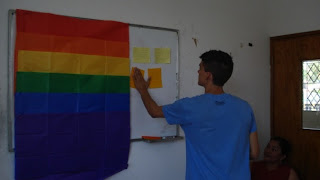 In the classes, we reflected about sexual diversity as a human right.  Each student shared his or her opinion. 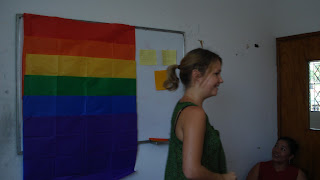 In addition we had a small participation in the LGBT community's activity the Pink Prayer Ceremony. 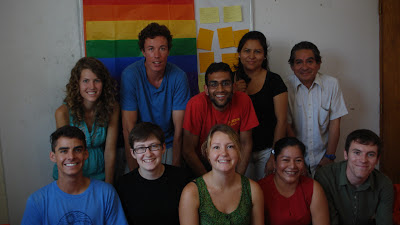