While in El Salvador, I experienced many things, but the one thing that stands out in particular is the people. The country is full of kind, spirited, hardworking, colorful people and every moment spent with one of them was one to remember. I can recall reading up on the country before visiting and 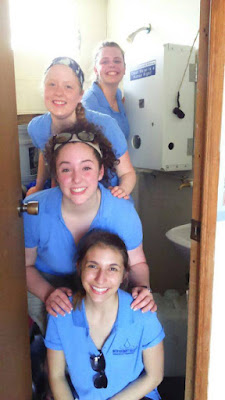 seeing all the stories about how welcoming the people were and how kind the country was as a whole. I experienced this feeling firsthand the minute I stepped off the plane and saw our wonderful CIS guide waiting with a smiling face and a waving hand.

I was visiting El Salvador with a few other classmates from the University of Toledo in Ohio to install a water purification unit in the village of San Pablo Tacachico. The process was long and grueling, but the locals did not mind and they stayed with us until the end. They were gracious enough to feed us lunch and keep us company throughout the day. I will never forget the moment when clean, purified water ran through the pipes. The locals’ faces lit up and their joy was immeasurable. It was so heartwarming to see the people of El Salvador become so grateful for something that many take for granted. This moment and the people I experienced it with changed my life and the way I view things. In fact, El Salvador changed my life and the way I view things. If given the chance, I would return to this beautiful country in a heartbeat and I know I would be graciously welcomed, once again. Thank you El Salvador and thank you CIS for the amazing sights, people, and experiences. Que Viva El Salvador!

** This blog post was written by Anta, an intern from York University in Canada, who has been helping us with the scholarship program for almost 3 months.  Thanks Anta for all your hard work and dedication.  We hope you have received as much from this experience as you have given.

Immigration is real issue affecting the population of El Salvador, as many people have now left the country in order to seek better economic conditions in foreign countries.  Indeed, many Salvadorians believe that leaving their homeland and immigrating to countries such as the United States, Australia or Canada, will allow them to have a better economic status, and a better quality of life. A good percentage of the people trying to immigrate are usually young people, who on their ways to crossing the borders face tremendous difficulties, and exposed themselves to serious risks. 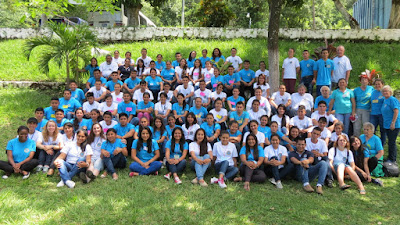 Understanding how central the question of immigration is to allow the country to develop, CIS dedicated their 7th edition of their Scholarship Forum, to analyze with scholarship recipients, which factors cause immigration, and discuss about ways to create a community in which every member will feel included. Therefore from Friday July 22nd to Sunday July 24th the scholarship forum was held in Coatepque, and gathered youth from every community to discuss about the question of immigration. 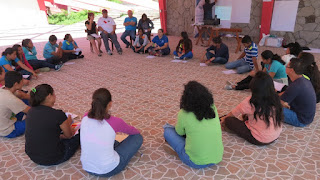 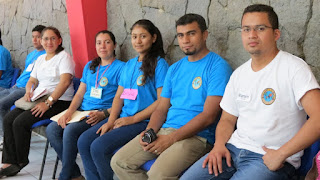 The forum has been beneficial to both CIS and the students, allowing both sides to gain more knowledge on the subject, and find possible solutions to help address the issue. Indeed, the forum helped raise awareness about the danger of immigration to the students, and made them realized the danger to which they are exposed within the process. Throughout a series of workshops conducted by the International Organization for Migration (IOM), students got a chance to learn about difference about immigration and emigration, the dangers to which people intending the process illegally are exposed to, and which rights are guaranteed to immigrants and people in asylum. On another hand, the forum helped CIS collect testimonies from young people, explaining why so many people choose to migrate, and how it affects their families and communities. 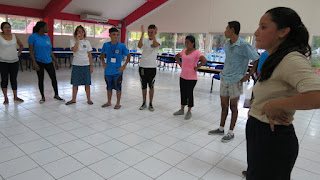 Additionally, the forum was a great opportunity for students, as it allowed them to meet other students within the program, and share their experiences. Indeed, each community in which CIS has a scholarship committee, had to send representatives to take part in the event, where they would spend 3 days together in Coatepeque. During the event, students had to share habitations and take part to activities with others that were not from the same communities as them, which made them get to know each other, and share with each other their experiences about the program. 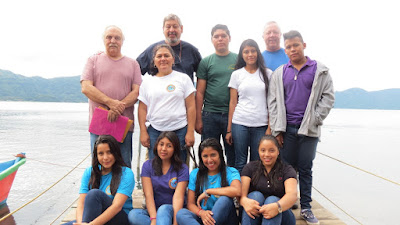 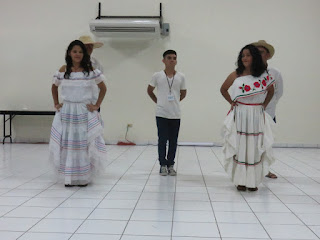 Finally, the forum was also an occasion for students to make member of the delegations know more about Salvadorian culture. Not only was the event an encounter between students from different communities and CIS members, but also an opportunity from CIS partners supporting the scholarship program, to take part in the forum, hear what the youth think about immigration, and gain more knowledge about Salvadorian culture. Indeed on Saturday night, a cultural night was held, where the different groups of students from each community made a performance related to illegal immigration, as well as showing an aspect of the country`s culture. Throughout the night, members of the delegation saw dances, dramas, poems performed by the students, in which they tried their best to present their culture and their point of view over illegal immigration. 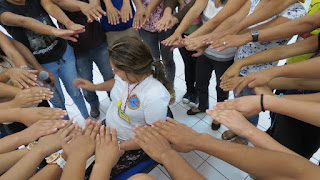 In conclusion the 7th edition of the scholarship held in Coatepeque about the question of immigration, was a nice opportunity for the youth of El Salvador to share their ideas about the issue, for CIS students to meet other young people within the program and share their experience, as well as for members of the delegation to discover more aspects of Salvadorian culture. 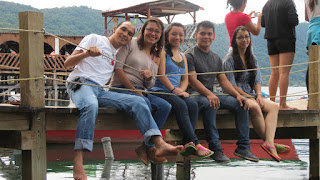