One of the CIS’s great achievements, which makes us very proud, is the work with youth, through the Scholarship Program.  The program started in 1997 in the municipality of Cinquera, department of Cabañas, and benefited approximately 8 students.  During the development of the program it was so successful that it motivated donors and supporters to get involved in the project.  This way the number of beneficiaries has increased, not just in the original town, but also in different communities. In 2012 we have achieved to have many consolidated programs in different communities.  The communities that are involved in the program are the following:

To date we have reached up to 300 students in High School and University, from 14 differing communities from different municipalities in El Salvador. 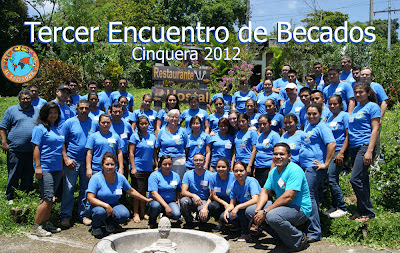 These are the people who participated in the forum 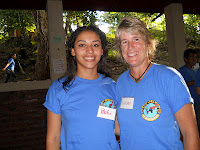 The forum takes place yearly in the municipality of Cinquera where the program started.  The historical richness that this place represents for Salvadorans should be known to the new generations.  Each year the communities send different scholarship students so that they have the opportunity to live this experience. 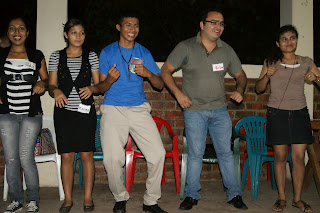 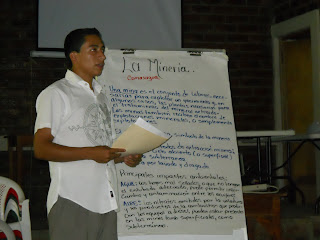 This year more than 63 people participated in the third annual scholarship forum which was celebrated during three days in July (Friday 20th, Saturday 21st and Sunday 22nd).  Many different activities took place and the protagonists were the scholarship students.  They presented different topics which were chosen by each community.

Presentation and analysis of different topics 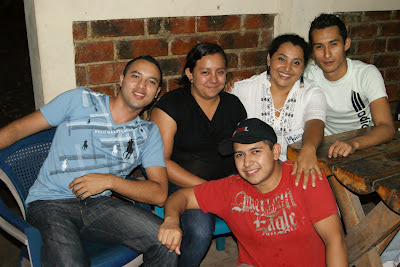 Written by a University scholarship student.
Translated by the CIS. To see the original Spanish Click here.
Posted by CIS at 3:08 PM