Today I visited the small community of Caserío Valle Nuevo, and I couldn’t help but be reminded of how resilient people can be. Driving the through Distrito Italia for the first time in almost six months with Don Luis and Yeny, I was struck by how normal everything seemed. Everyone was wearing masks, but the streets were as full as I could ever remember them. Ostensibly, the trip was to deliver some farming tools to a community agricultural cooperative in Valle Nuevo, but we stopped first for a brief meeting at the small clinic in Distrito Italia with some of the leaders from Romero Community. I was reminded of how close some of these communities are. Community organizers in Romero, for example, must necessarily know and work with any of the local health professionals. There is often little distinction between a business meeting and a social call here. 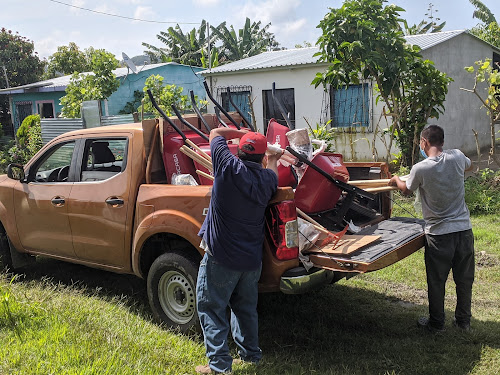 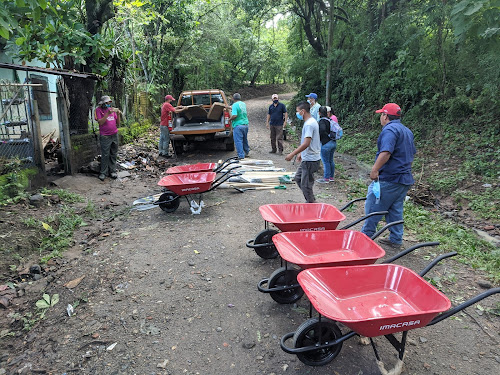 We loaded up the tools at Romero Community—a few wheelbarrows and various rakes, shovels and other tools—and from there it’s only about a five-minute drive to Valle Nuevo. Quite a few community members were there to greet us, and it didn’t take long to unload, but by this point I had figured out that today wasn’t really about the tools. The people here wanted to show of what they’d built. Over the past two months, community members had taken a plot of unused and overgrown land and turned it into a huge garden with corn, squash, tomatoes, and other crops. And they’d done it by hand without so much as the proper tools for the job. 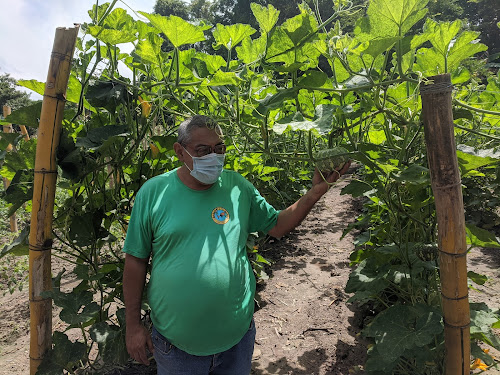 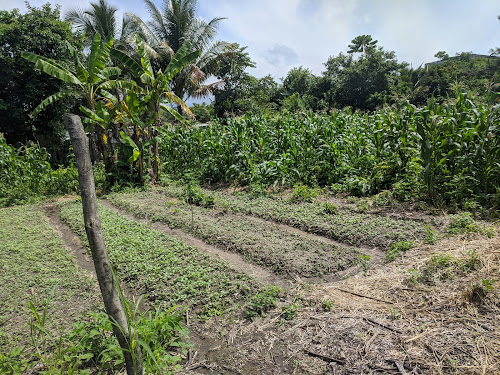 I met a woman named Carolina who owned the land in question. She told me how she was born here, in the community, and went away to study before returning a few months ago. She told me about her passion for sharing the things she has and the things she has learned with her community. The project she conceived of as a women’s cooperative when she arrived grew into a community-run agricultural project that will help the community be self-sustaining. She rents the land to the cooperative for $5. 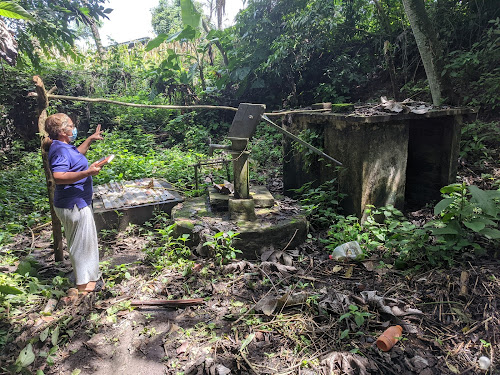 The community members led us down a side path to the huge garden. Esteban, one of the community leaders, talked proudly about how healthy and natural their produce was, singing the praises of the agricultural engineer that helped them design their methods. Carolina led me to the old well that will be crucial to the project’s future. The dry season is coming soon, and when it does, they will need irrigation. The well has gone unused for decades and the pump is broken, so the plan is to uncover it and draw water by hand until they can afford to buy a new pump. Here, Carolina told me about her vision for the future of the project, expanding to use the rest of her land, opening a bakery, and even teaching people craft skills that they can commercialize. The goal is to empower people in the community, particularly the women, and give them freedom and control over their lives.

It was good to be out of the city after so long. The women brought sweet bread and lemonade, and my tongue found itself remembering the rhythm of conversation and laughter in these rural communities that I’d forgotten after so many months in isolation. They sent us home with squash straight from the vine, a whole bag of freshly cooked corn on the cob, and the thought that maybe the world isn’t ending after all. We live in difficult times, but people keep moving forward despite everything.